A new era has dawned for the Australian Top Doorslammer Championship, as racers prepare for the opening round of a series that will visit more tracks and reach more fans than ever before.

The Darwin Triple Crown, featuring Nitro Up North, will be the first stop of the season, with ten teams venturing to the Northern Territory in their bid to score early points.

For those unfamiliar with the breed, Top Doorslammers are the quickest accelerating sedans in motorsport. They use supercharged 3500hp, eight-litre engines to reach speeds over 400kmh in just 5.6 seconds. While the pace is impressive, it is their unpredictable nature that wins over fans,  as these wild race cars often take anything but straight lines down the drag strip.

The field is brimming with the best drag racers Australia has to offer – so let’s preview the field:

One of the the NT’s drag racing veterans, Matt Abel has more runs than anyone else in the field at Hidden Valley Drag Strip. He knows the quirks of the surface and how to tune around the tropical air for maximum performance from his ’57 Chevy. While Abel doesn’t have quite the same outright pace as others in the field, look for him to make a move if conditions get tricky.

Michelle Davies is Australia’s quickest female Top Doorslammer racer. Her Ford Mustang-bodied car has been getting quicker with each appearance, and she has been doing no shortage of racing recently. This team is on track whenever opportunity presents at her home track Sydney Dragway, but hasn’t made too many runs at Hidden Valley – getting on top of the track in qualifying will be key.

The reigning Australian Top Doorslammer champion. After enjoying the best season in his career, Daniel now has a target on his back. But few teams can run into the 5.7 zone as regularly as Daniel, especially in varying conditions. He likes to attack the start line hard, so he will need quality track prep to reach his best. Gregorini was the winner of the last Top Doorslammer championship event at Hidden Valley Drag Strip.

Lisa will be making some exhibition runs to continue licensing her Camaro Top Doorslammer. Lisa is married to Daniel, and they are one of the few husband-and-wife combos in professional drag racing anywhere in the world. She will have a more relaxed schedule than most at the Darwin Triple Crown, but will be extremely focused when her chance comes on the track.

Few teams have the outright performance to match Steve Ham’s Camaro. When he has this car matched to the track, expect 5.6 second times on the quarter-mile. Ham has not done much racing recently at Darwin, but he rarely leaves an event without low ET to his credit.

Bronte Henning’s stunning Corvette is a fan-favourite in the Territory. It’s an older car, and while Henning might not have the same horsepower as his rivals he does have plenty of runs at Hidden Valley Drag Strip under his belt. Consistency will need to be his focus to force his competition to make the mistakes.

A newcomer to Top Doorslammer racing, Jeff Lewis’s HSV GTS runs a much smaller motor than other competitors in the field as he typically competes in sportsman classes. But this is still a rapid, supercharged sedan that will have just enough speed to poke its nose in front of any racer that slips up!

Horsepower has never been Kelvin Lyle’s problem — just controlling it! His Ford Mustang has been an absolute beast on track, so Lyle’s focus will have to be on taming the power delivery and ensuring he can got through the finish line at full noise. No competitor in the field will underestimate this race car.

After enjoying some good success at his home track Perth Motorplex recently, Taylor’s confidence has been building in his Chevelle. After battling handling issues, the Chevelle now seems sure-footed and has been making more and more full-track runs. Definitely a dark horse.

John Zappia is at a transitional stage in his racing, as he adapts to a new auto transmission in his famed Holden Monaro. After a lot of testing at the Winternationals, it seems like he is very quickly getting back on pace. With too many national championships to count, Zappia is one of the cult figures of Australian drag racing and will be keen to push Daniel Gregorini off the top of the championship podium!

As the circuit racers of the Darwin Triple Crown exit their track, the drag strip will come alive for Nitro Up North on Friday night. Top Doorslammer qualifying will begin from 6.30pm on Friday, with racing from 5.30pm on Saturday. WATCH LIVE SATURDAY NIGHT!

Make sure to like Top Doorslammer Australia on Facebook to keep up with the championship as it travels around the country. 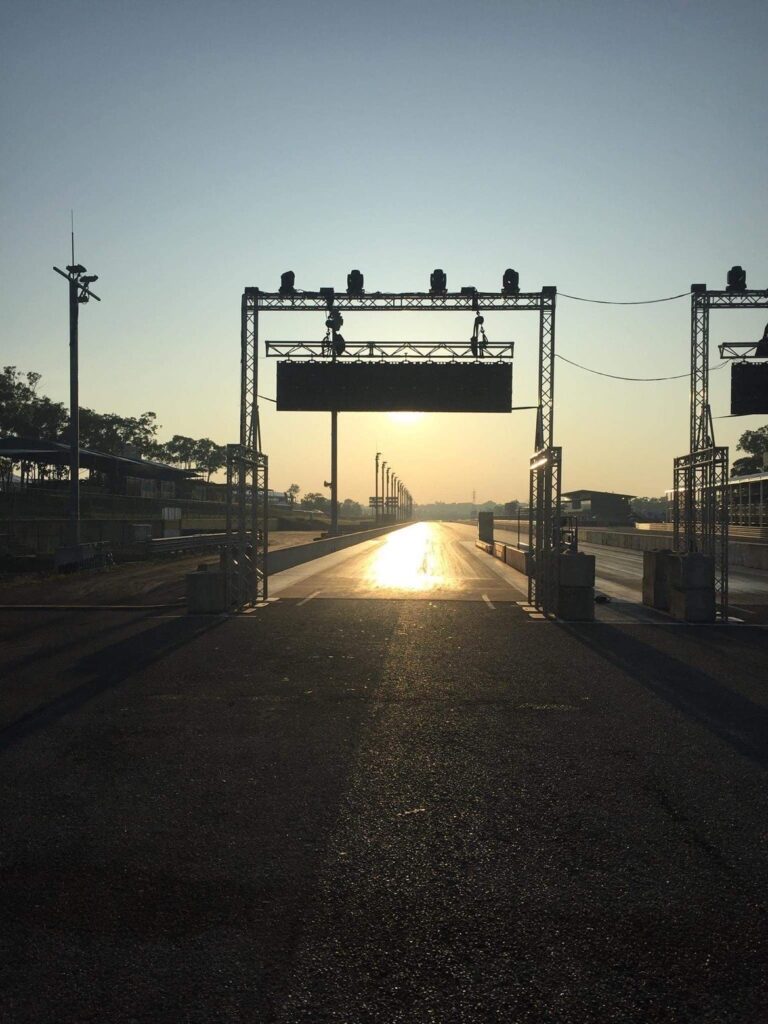