The first event of the brand new Australian Top Doorslammer Championship saw racing taking place in front of tens of thousands of spectators, as a cooperative effort with the Australian Top Fuel Championship, Supercars and Australian Superbikes delivered a motorsports festival unlike any other.

Thousands more people watched the event via live streams and on national TV, delivering one of the most significant media packages yet for the sport.

Hidden Valley was the host for the Merlin Darwin Triple Crown, where Kelvin Lyle (WA) came away with the win from local racer Matt Abel. For Lyle, the combination of atmosphere and a turnaround in performance left him grinning.

“We came into the event not quite sure how we’d go, as we’ve had a car that has been uncontrollable sometimes,” he said. “We were focused on A to B and that gave us a good chance of winning because the track was tricky in the second half.

“We played with the rear end setup a lot. We have moved the four link bars a bit and adjusted some weight, and now it doesn’t wheelstand like it used to so I have more control of the vehicle.

“Everyone needed this win; the crew needed it, I needed it. We had a shocking season in Perth and we were trying hard with no results. It is a massive boost and it got everyone motivated again.”

Lyle was full of praise for the event, and hopes it has raised the attentions of other Top Doorslammer racers from around the country.

“It was a great event, we love the concept of having so many motorsports together. I just want  a true national championship and this is a step forward. I hope others can see the potential.”

While Matt Abel’s ’57 Chevy was unable to defeat Lyle’s Mustang in the final, he was also smiling from ear to ear. As the president of the Hidden Valley Drag Racing Association, Abel recognised the huge effort it took to make the event happen.

“The atmosphere at the event was very positive, with huge crowds on both nights,” he said. “It certainly makes you feel appreciated for the effort we put in.

“Racing at this event alongside Top Fuel Australia was fantastic, the show as a whole is all about entertainment and we were treated so well.

“Racing wise, our weekend started slow but got better. It was great to finish in second place, and I can’t say enough about how well the event was run, it’s a credit to all involved.”

Reigning Australian Top Doorslammer champion Daniel Gregorini didn’t enjoy the greatest event results-wise, but he was able to feel the excitement from the crowd in every corner of Hidden Valley.

“It was an absolutely awesome event that allowed us to showcase our cars to an audience that might not have seen them,” he said. “We happened to be in a prime pit spot, so every time we did a fire-up we had 200-300 people screaming and cheering at the end, like we’d just run a world record in the quarter-mile!”

Daniel’s wife Lisa continued her licensing process to join the championship, and was able to spend plenty of time with curious fans.

“We had lots of people who were new to drag racing stopping by the pit bay to ask questions, and hopefully we were able to convert them into new fans,” she said. “It was also great being able to run alongside Top Fuel and the Top Bikes. I feel like the show can only get better from here. My team were definitely made welcome by running at our first event even though we weren’t officially competing.

“We’re going to be back at Darwin to make a few runs before the next round in Alice Springs so hopefully I can join the championship.”

Top Doorslammer legend John Zappia had a rough event, leaving without a win light. But like the other drivers, he thought the action was phenomenal for fans.

“The whole Triple Crown concept was brilliant,” he said. “We had so many fans coming by to see us and the live TV coverage was next level. If you weren’t there, you need to get on 7plus to check it out.”

The teams of the Australian Top Doorslammer Championship will next head to Alice Springs Inland Dragway for round two, as part of the Red Centre Nats. As one of Australia’s few drag strips with any kind of altitude, along with dry desert air, Alice Springs presents a unique challenge for the 3500hp supercharged engines of the Top Doorslammers.

“I don’t think we will change too much from the setup we had,” Lyle said. “We will see what the track is like and go from there.”

Abel agreed with Lyle’s take on the conditions.

“Track conditions in the desert will be challenging as they always are on regional tracks,” he said. “My crew and myself are excited to be part of the Australian Drag Racing Championship and to build on our points.”

Daniel Gregorini said he would be changing his strategy somewhat.

“We will approach Alice in a different way than we did this past event,” he said. “We make lots of horsepower and when the tracks don’t have lots of traffic like Darwin and Alice it is hard to manage the power. We will come out safer and smarter in round two to try and recover lost points in the title chase.”

Zappia might be the most confident of the bunch, as the track record holder of Alice Springs.

“We have some improvements to make before the Red Centre Nats. We are confident the car will run some quick times soon and if Alice Springs is prepped right we know the 5.7s are possible.” 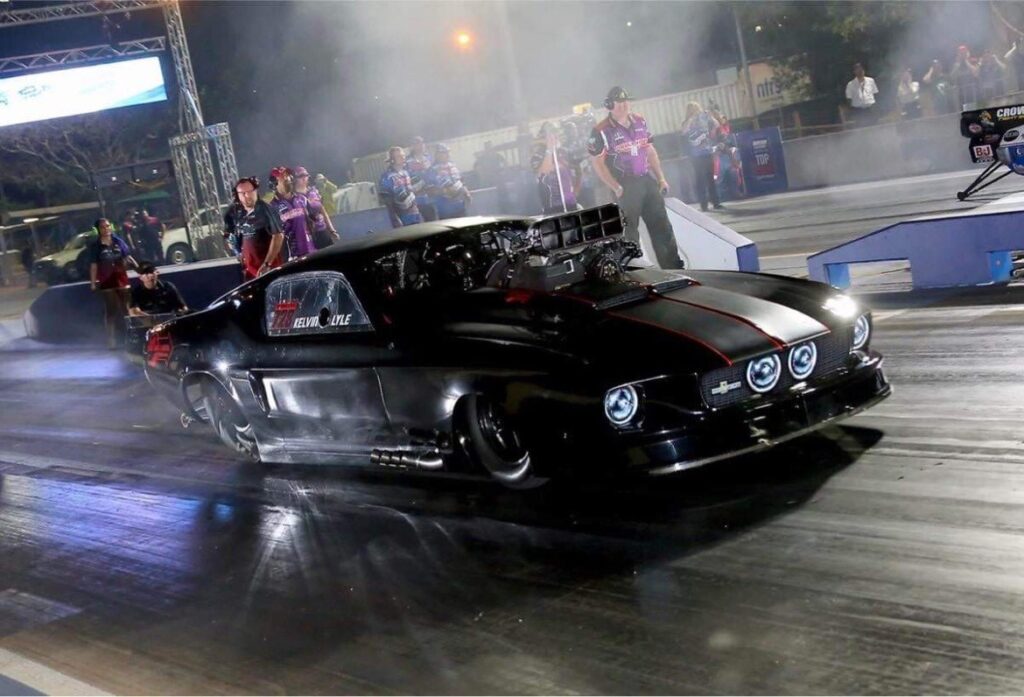